Well the sap ran enough over the past day that we have tankful ready for boiling on Saturday. Yay! We'll be firing up late morning.

Extra special is that Bob Williams, our mentor and original owner of the farm, will be working with Scott on the boil, firing the evaporator, just like old times.

Bob moved to Earltown from Vermont in 1973 and bought this 200 acre farm with the intention of turning it into a maple syrup operation.

He built the first sugar camp up behind our existing one and a timber-frame house and barn. Raised two boys here. Built the existing sugar camp in 1986 and opened a little pancake house in 1987.

When we met Bob in 1994, he was ready to move on to another challenge and was looking for the right people to take over.

Scott and I had met at Ranger School in 1986 and had been looking for some land since then.

Our meeting was timely and memorable. We were the right people at the right time, and entered a two-year apprenticeship with Bob, learning the crafts of making maple syrup over a wood-fired evaporator and horse-logging. 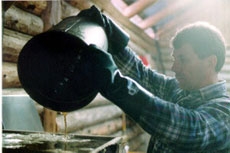 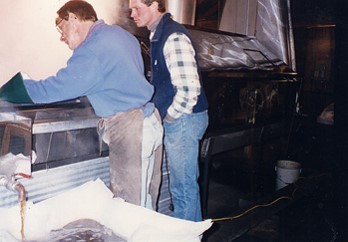 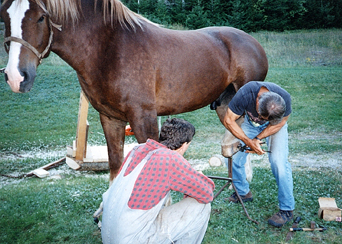 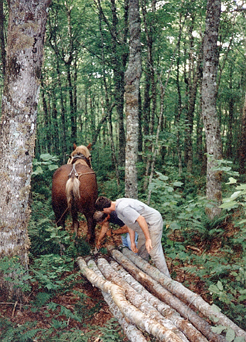 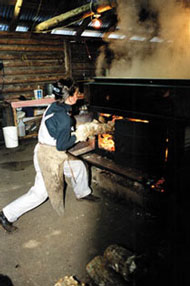 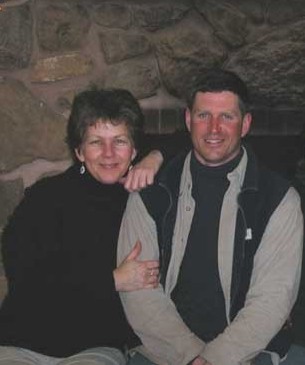 In 1996 we took over the farm and changed the name from Boondock Maple Products + Pancake House to Sugar Moon Farm.

Over the next 20 years, Bob became like family. He has been immensely helpful in all aspects of running and developing the farm, helping with firewood, firing in the spring. Along with that, he has become a true friend and we hugely value our relationship with him and his partner, Glenda. 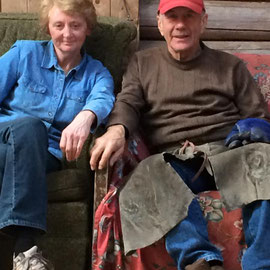 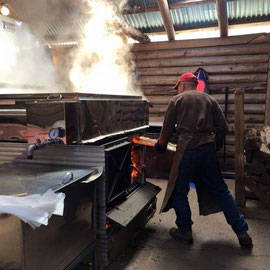 Say hi to Bob when you stop in tomorrow. Ask him a question about maple - he's got a lifetime of experience to share. Oh, and be sure to ask him about cycling, as that's his retirement passion and he can likely outrun most of you on a good day.

Hosting visitors or treating staff?  Want the perfect day trip for your family?

Give them an experience. Book MAPLE MAGIC for an all-inclusive package.

Sign up for our weekly e-newsletter for the inside scoop!

Taste of Nova Scotia Restaurant of the Year 2015